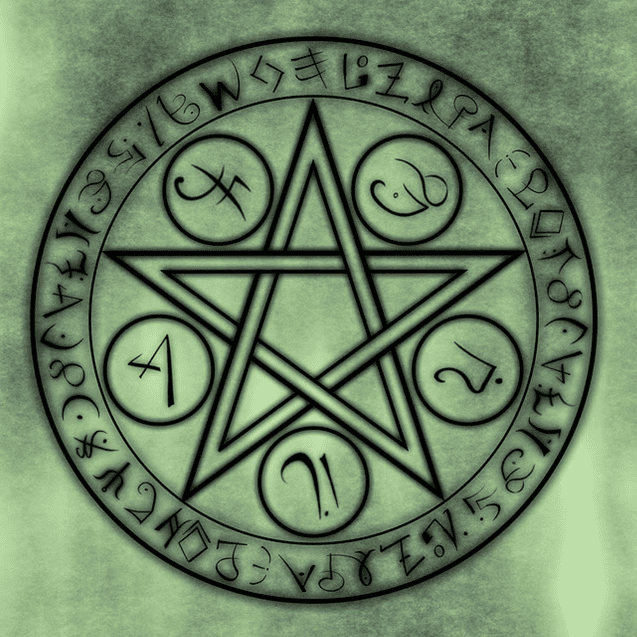 For a lot of casual code breaking enthusiasts, most ciphers are pretty recognisable. They often still use letters and a particular format (such as letter substitution). In fact, even something like a pigpen cipher can be easily identified once you know how the basic corners, squares and dots of its messages are actually made.

But today, there are plenty of escape rooms and games who have gone beyond just using conventional formats. These take the simple act of letter substitution while using a cipher that has symbols inspired by ancient glyphs or letters entirely made up.

Thus, we have the category of symbol-based ciphers.

A Game of Runes and Glyphs

If you are creating a symbol-based cipher, the framework is simple enough. You take the regular alphabet and assign a special symbol to each one. Then, just use the symbols accordingly.

The painstaking part is designing the symbols themselves.

But obviously, this is where the fun is too! It is like creating your own little world with its own language. And from a player’s perspective, who hasn’t been mystified by the sight of a game puzzle bearing magical w0rds written in runic script. A tomb mechanisms locked behind pillars topped with mysterious glyphs?

Unlike other well-known ciphers, symbol-based ciphers use more of something that has been completely made up for the purpose of a puzzle challenge. This can really take players off guard, but it is a fine display of artistry and cryptography all in one.

When it comes to professional, real-world cryptography, the basis of a symbol-based cipher can still make it as easy to identify as a simple Caesar cipher. Texts can be scanned using tools that measure frequency of certain symbols and check them against letter frequencies in real-world languages.

However, not everyone has access to such advanced tools and it can be problematic for those who are easily thrown off by the fantastical designs of the symbols.

On the bright side, the cipher should be readily available in some parts of a challenge to keep it fair and balanced for players. The trick though is to really be immersed in the game’s world and narrative to find that key.

For example, if you’re in a fantasy-themed escape room and you need to decipher a door supposedly leading to an elvish king’s tomb. Then the key might be written on a spell book, a tablet or some other thematic prop..

Other symbol-based puzzles may not even be containing messages at all but a means to arrange symbols in a specific order to unlock the next room. It is a sort of challenge that really requires everyone to pay attention to detail and get really imaginative.

In any case, there is no denying that symbol-based cipher challenges are really one of the coolest things ever made.  Both for code makers and code breakers alike. It is simple enough at its core, but still opens the door for creativity and immersion. Don’t get too thrown off by the magical glyhps, but definitely enjoy playing along as you learn its language.