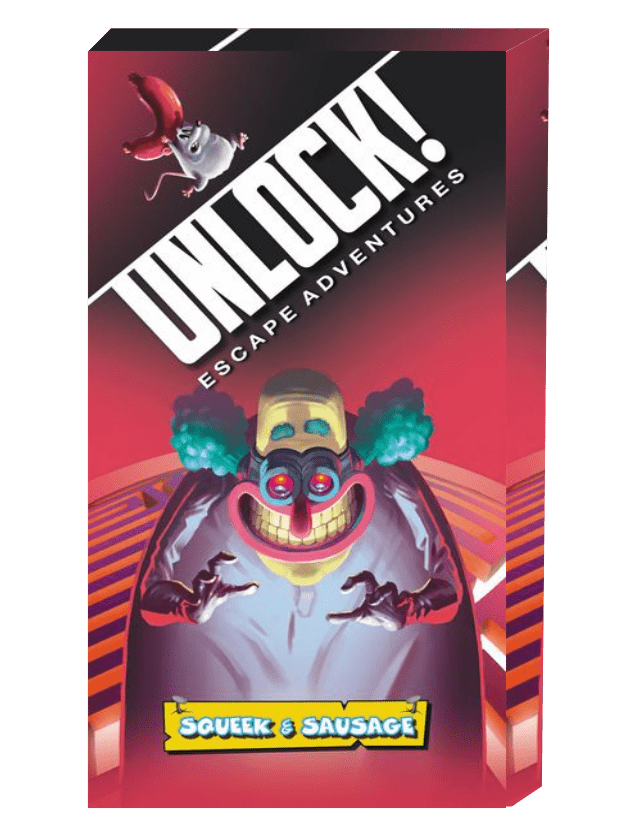 Unlock! Squeek & Sausage is a playful, cartoon-inspired race to stop the mad Professor Noside from destroying the world. In your attempt to thwart his plot, the evil genius has caught you in a trap, and you can't stop him until you’ve found a way out. Can you escape and foil his plot before the clock hits zero?

Unlock! is a series of escape adventures for up to six players. With one hour on the clock, players work through a deck of sixty cards as a team, searching for clues, combining objects, and solving puzzles. The free Unlock! companion app runs the timer while also providing clues, offering hints, and confirming successes. Once the team has reached a solution and entered the correct code into the app, they will escape and win the game!

Difficulty Level: 2 out of 3