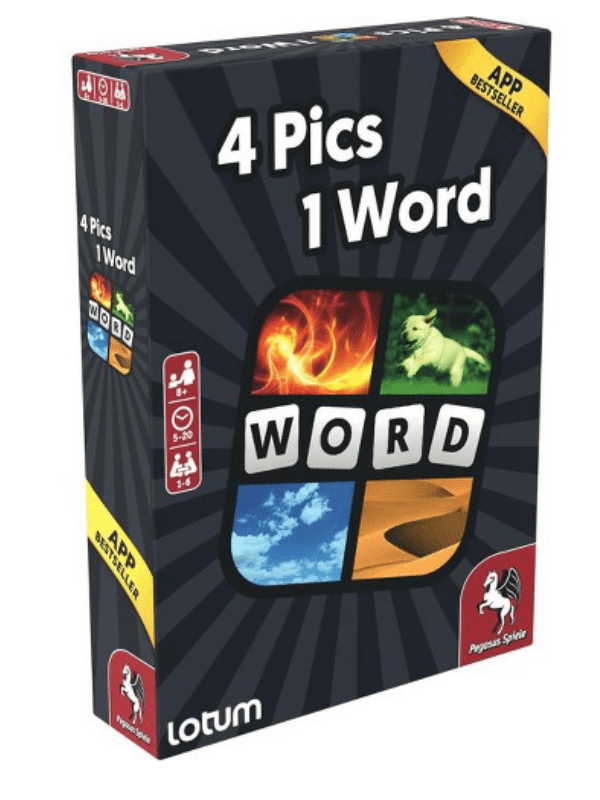 1 Left in Stock
Categories: Others, Board Games

4 pictures have 1 word in common - which one is it? 250 million smartphone and tablet users worldwide are trying to solve this puzzle. 4 Pictures 1 Word is one of the most successful apps on the market and ranks highly in the quiz and brainteaser games section of the App Store. The official card game with over 100 puzzles is an alternative for all those who like to solve puzzles together, whose battery is constantly empty or who prefer to play analog games without a screen. But the proven principle remains the same: find out which word four seemingly unrelated pictures have in common – against the clock, if played cooperatively.