It All Starts with Gamification

By Julia Billyard25 February 2019No Comments 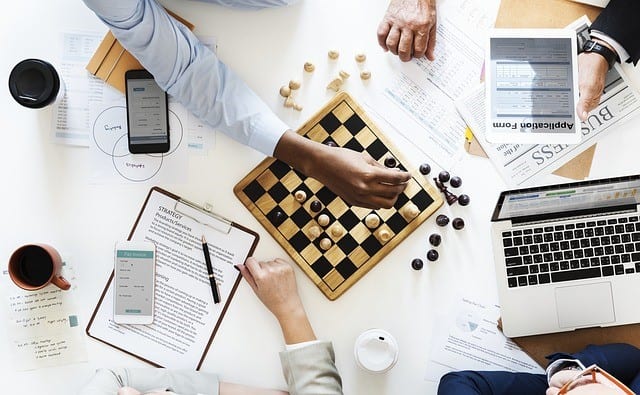 While you can consider the modern escape room as the new ‘fun house,’ their effectiveness as a team building exercise should not be overlooked in light of rising gamification across many workplaces.

The core concept of gamification is that games are inherently more engaging. Most people assume that it’s because games are light and enjoyable. That is only partly true. In reality, there are subtler psychological factors behind why the design of games draw players in so well.

Interestingly enough, plenty of these factors come into effect when you use an escape room for team building. Among them include:

Both gamers and workers in any field often overlook the importance of a stated goal. However, an activity that states the goal gives everyone a main point of focus. Both the main goal and the various clues in escape rooms help the team organize their actions and make the right choice that will help them accomplish objectives.

Games have all sorts of ways to not only indicate progress but encourage it. They simulate the need to achieve a certain level of skill and acquisition in order to keep hitting goals. In escape rooms, that often takes the form of solving one puzzle that leads to the next clue. It trains the team to keep tabs on what they had found and how it ultimately leads to solve the room’s final mystery!

Naturally, certain games have a way of encouraging team effort because their biggest challenges are not meant to be handled by one person in a particular role. Escape room activities can challenge your team to both acknowledge this and synchronize each member’s unique strengths and skills towards tasks. This has often been regarded as invaluable in a workplace but difficult to put in practice because of interpersonal friction. An escape room challenge might just be what you need to fix things up.

Achievements are another well-known aspect of escape rooms and many often give them out even if the team didn’t succeed in solving them! The reason for this is that achievements and other marks of accomplishment serve as strong reminders representing many significant things such as individual skills or value gained. In fact, even so-called ‘marks of shame’ can encourage team members to overcome their individual shortcomings and better perform next time.

Lastly, the interactive nature of the escape room is more than just a wow factor. It encourages responsiveness and quick decision-making on the part of the player. Everyone knows that time is of the essence, therefore it is important to focus on triggering the mechanics that bring them closer to the objective. It is a good way train employees on how to avoid non-productive tasks and work immediately on ones that bring about clearer results.

All these elements are found in escape rooms, contrary to the attitude that might think they don’t impart valuable skills at work. The growing of gamification in business processes and employee management is certainly strong evidence that these elements of play can provide great training experience for your team.