Cipher of the Month – Caesar Ciphers

By Julia Billyard7 September 2020No Comments 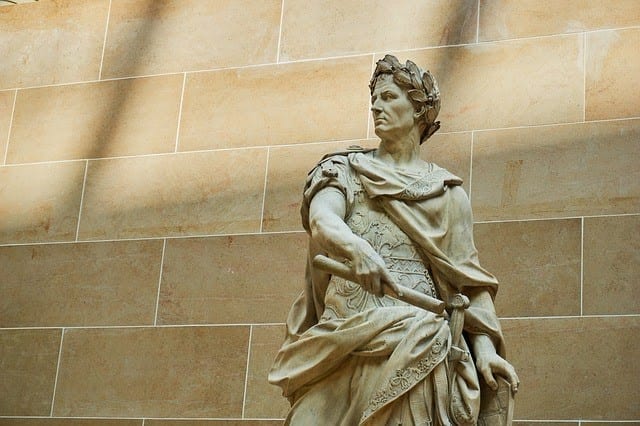 Last time, we discussed one of the most classic ciphers that are found in many escape room games. But in this month’s installment, we’ll be covering a cipher that has literally been with us since ancient times.

As the name implies, the Caesar cipher was famously used by Julius Caesar during his military campaigns. It uses letter substitution (the oldest cipher technique) by substituting one letter with another.

These ciphers almost always operated by manipulating the order of the alphabet like this:

The upper set of letters belong to the actual message (also known as the plain text), while at the bottom was the cipher text (the letters to be used as a substitute for the ones above).

Though not necessarily the oldest cipher in history, the Caesar cipher is certainly one of the earliest demonstrations of how secret codes became powerful military assets in their own right.

It is important to remember that back in those days, literacy was not as widespread. Not many people could even read regular messages very well, let alone those hidden by a cipher! Powerful leaders like Caesar took great advantage of this, and that is why his coded messages were incredibly secure for his time.

It wasn’t until well into the 9th century that the famous Iraqi mathematician Al-Kindi introduced a method for detecting ciphers like this. And to think, his method had to resort to pattern recognition than actually discovering the secret of the cipher itself!

One of the ways that the Caesar cipher can be challenging today is that very creative puzzle makers and escape room designers all add their own twist.

After all, a Caesar cipher is ultimately still just a coded message with letters swapped. That deceptively simple mechanism leaves plenty of room for a designer to add all sorts of additional challenges in order to break the code.

Here are just a couple of examples:

This involves simply having a cipher that uses your own special arrangement of letters in the alphabet. For example, instead of starting with XYZA, the cipher could be KCDA.

The weakness of this cipher means that you just need to find it and every message written in it would be automatically unencrypted. It could be written somewhere in the room attention to detail would be the key.

Another simple variation is to have not just one cipher in an entire escape room challenge, but several. You could enter the first room and the original Caesar cipher would be the clue you need to progress.

However, the next room would then have a different letter substitution cipher. Say, it’s still based on the alphabet but the shift is now two letters in reverse rather than the traditional three shifts forward. That renders your previous clue useless and it would mean you need to find another one.

In either situation, however, things can get relatively easy once the order of letters has been determined.

That’s why if you’re in an escape room with a message that seems to be made up of scrambled letters, your first instinct is to spot a pattern and then search for the string of letters that will break the code. Caesar’s cipher may be one of the oldest around, but your technique doesn’t have to be!